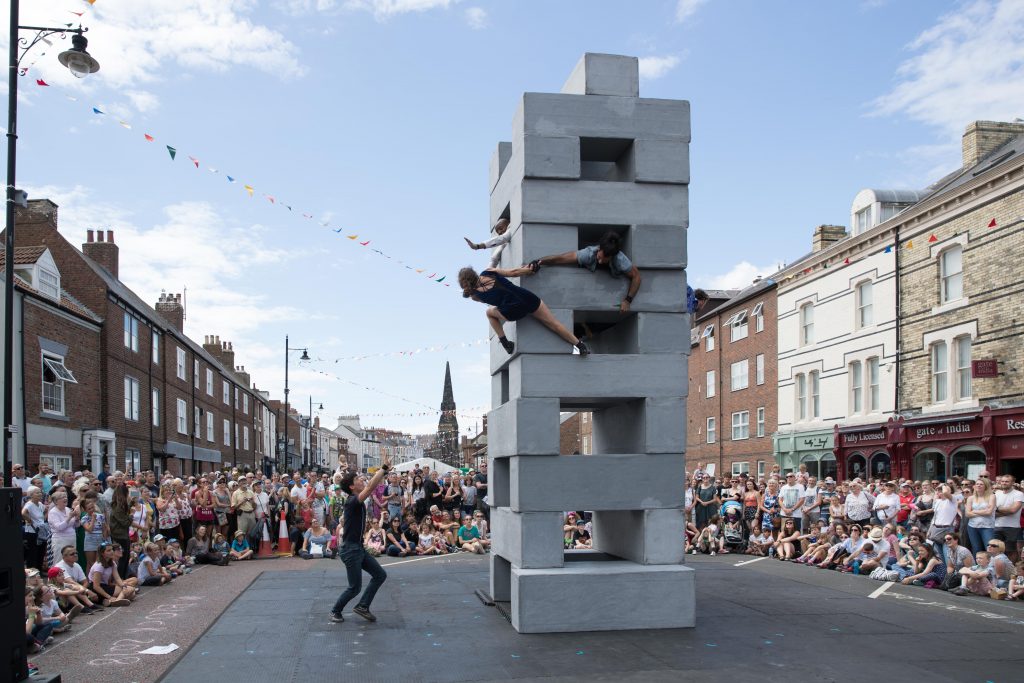 Without Walls is a network of festivals that brings fantastic outdoor arts to people in towns and cities across England for free.

Festivals and organisations in the Touring Network Partnership: taking world-class UK outdoor arts to parks, squares, and high streets across England in areas with low levels of cultural engagement.

Festivals and organisations in the Creative Development Network: receiving mentoring and development opportunities from Without Walls to help nurture new outdoor arts programmes.

“This is a significant growth for Without Walls, made possible with National Portfolio investment by Arts Council England from 2018 until 2022. It is a vital next step in bringing outstanding outdoor arts to people and places throughout England and especially where involvement in art and culture is significantly below the national average. From small towns, rural locations and seaside resorts to communities in big cities, more than 3 million people have attended Without Walls festivals over the past three years, bringing people together, delighting children and young people, supporting the local economy, and animating our high streets.”

Those newly joining Without Walls include: Bournemouth Arts by the Sea, an annual celebration of art, culture, people and place in a historic seaside town, the first Without Walls partner situated on the South West coast of England; Oldham Council and The Rochdale Feelgood Festival, both in Greater Manchester; North Somerset’s Theatre Orchard; Birmingham Hippodrome, one of the largest touring theatres in the UK; Lakes Alive, centered in the spectacular rural setting of Kendal and Cumbria; The Culture House in Grimsby, and First Arts in Ashfield, Bolsover, Mansfield and North-East Derbyshire, an Arts Council Creative People and Places Project operating in the UK’s tenth lowest area of arts engagement.

“We’re delighted that Bournemouth Arts by the Sea Festival has been selected to join the Without Walls Touring Network Partnership and we’re equally delighted to learn it is the first South West coast festival to become part of this national network. Without Walls has an international reputation for supporting ambitious outdoor arts and we’re looking forward to being able to bring more of their high-quality outdoor shows to Bournemouth’s unique and beautiful locations through this partnership.”

“Without Walls have a superb international reputation for delivering spectacular outdoor arts and we are very excited to be joining the network.  They will help us to further enhance the Family Zone at Rochdale Feel Good Festival, bringing more high-quality shows to the borough.”