Knights of Sir Kuss is completely bonkers, physically impressive, and very funny. You won’t know whether to cringe, gasp or laugh…!

About Knights of Sir Kuss

There’s these four bedraggled knights, part of a nearly extinct order, who are trying to teach locals about the importance of chivalry and honour in modern society. Their demonstrations quickly descend into complete chaos; with weapons flung around in absurd juggling displays, near-lethal slapstick bouncing from shields, and jets of fire obscuring the ever-thinning line between bravery and stupidity. It’s really visual, very high energy, and delightfully stupid.

With circus and comedy, they invite audiences to challenge themselves to act honourably in their everyday lives, acknowledging that each of us fights a battle, and that good comrades can make hard quests seem more manageable. With knightly tutorials descending into circus-inspired perils, the show relishes in dynamic spectacle and all-inclusive fun – connecting audiences in a shared celebration of the absurd.

About Tit for Tat

Tit for Tat is a Circus Theatre company that believes in celebrating the ordinary. They take simple concepts and ideas and push them to their extremes until they become extraordinary. By distorting everyday situations and themes. they create chaotic scenes that audiences can relate to. Previous shows include The Most Dangerous Cup Of Tea In The World and Books!.

They believe in finding the most exciting and, more often than not, the most difficult way of getting from A to B. Even when undertaking simple tasks such as making a cup of tea, painting a wall, or changing a lightbulb.

Tit for Tat’s artists draw on training and devising styles from Lecoq, Gaulier, Circomedia and the National Centre of Circus Arts. They work with both experienced practitioners as well as recent graduates, believing this creates a two-way inspiration for new explorations within their work. 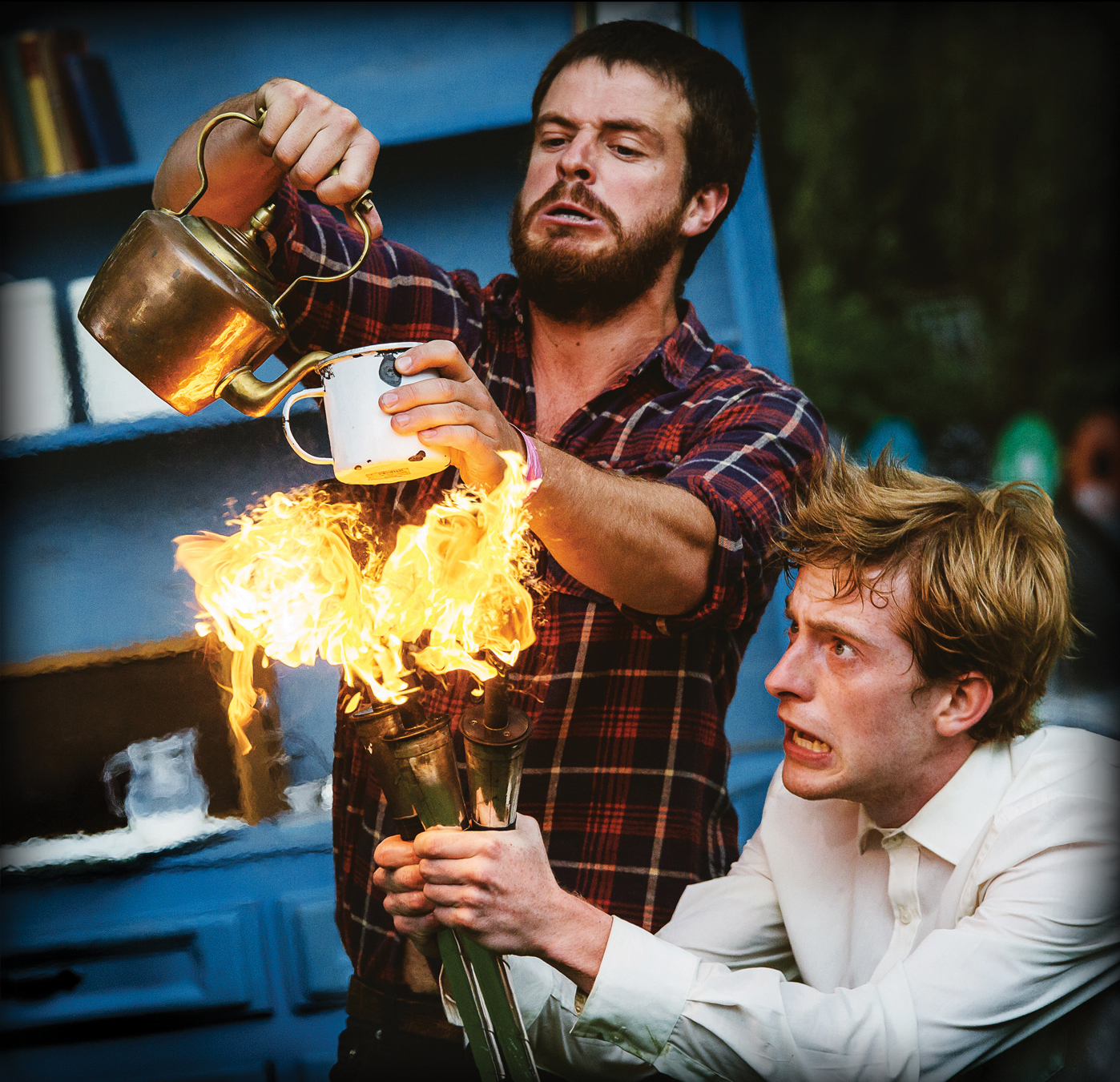 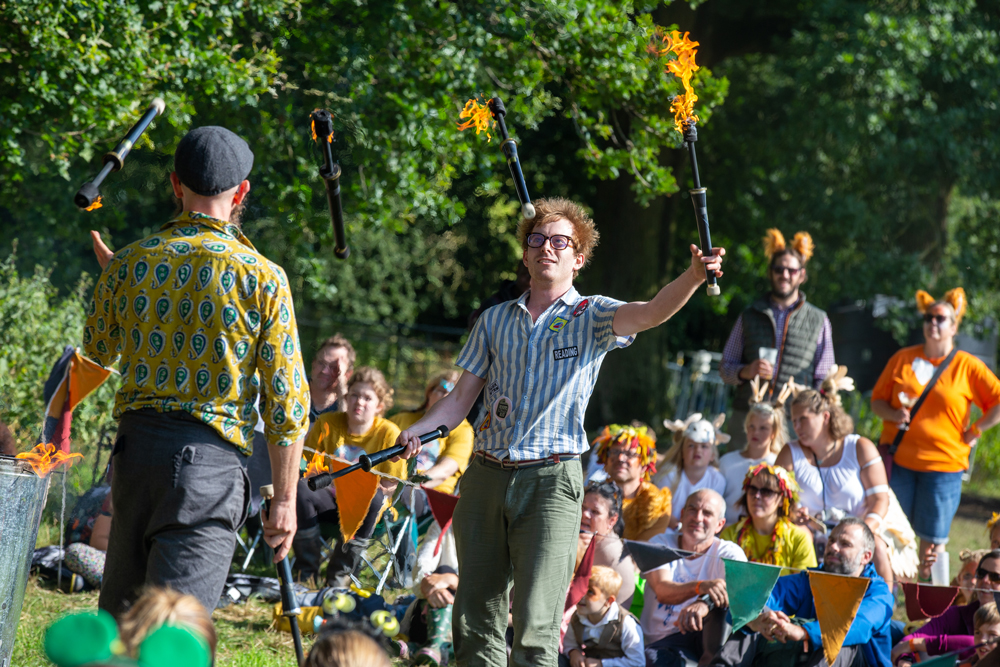 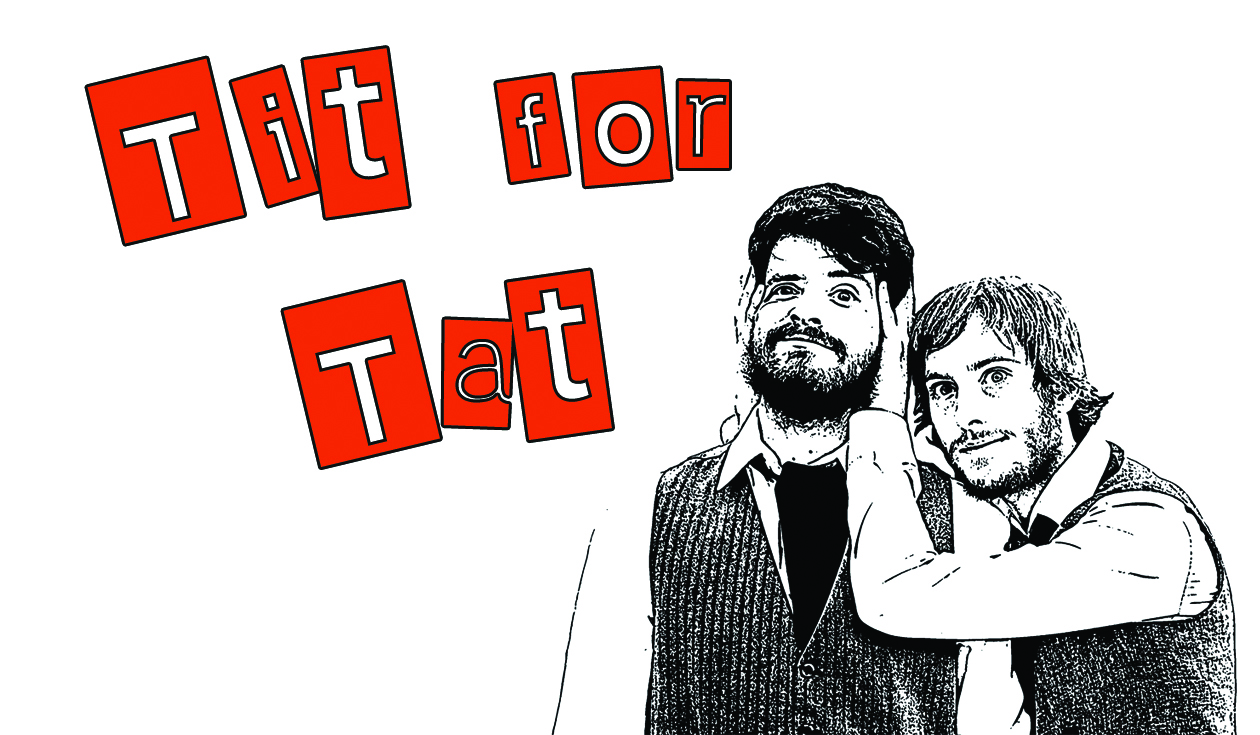 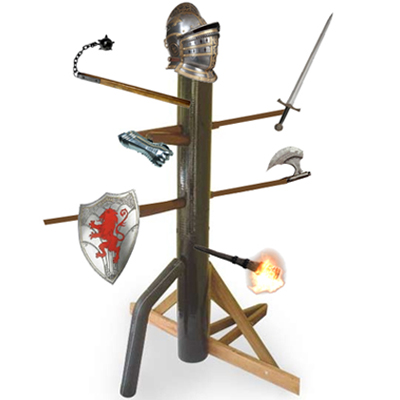 Knights of Sir Kuss is supported by Without Walls.