Nina Rajarani, winner of the 2006 Place Prize, Europe’s largest choreographic competition, created a new outdoor version of “Quick!” her acclaimed evocation of the hurly-burly of the corporate business world with fast-paced Bharatanatyam choreography and dynamic integration of dancers and musicians.

The piece portrays the impatience that comes with the day-to-day mania of city life, reflected in the neck-breaking speed of the piece, and the aggression of the interaction between the performers. 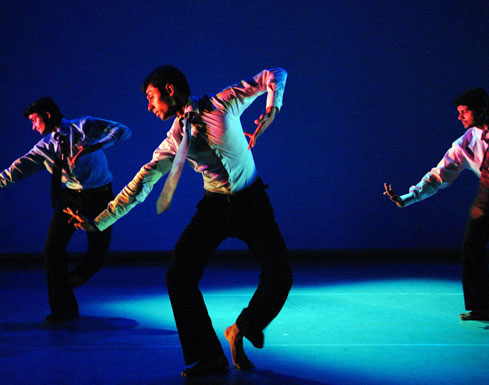 Nina Rajarani MBE carried out her Bharatanatyam training under Prakash Yadagudde at Bharatiya Vidya Bhavan’s London branch, during which time she also had additional training with Chitra Visweswaran of Chennai, India, during her visits to London. Nina was awarded Bharatiya Vidya Bhavan’s Diploma in Bharatanatyam in 1986, and in 1987 she staged her Arangetram under her guru Prakash Yadagudde. Since 1988 Nina has received training regularly in Chennai under Shanta and VP Dhananjayan. In 1989, the Arts Council of England in conjunction with ADiTi (at that time the national organisation for South Asian Dance in the UK) awarded Nina a scholarship to undergo an intensive training period with the Dhananjayans in Chennai. Nina’s dance style today is unique in its assimilation of the best qualities from each of the different traditions followed by the gurus with whom she has trained.