Sirin (Hope is The Thing with Feathers)

A wandering explorer woos a nesting Sirin with roses and during an aerial courtship their relationship of prey and predator changes. Drawn from the ancient myths of man falling in love with beautiful half human female creatures this love story is inspired by the innate human ambition to capture, possess and tame the extraordinary.

About Sirin (Hope is The Thing with Feathers)

Through narrative aerial choreography, two compelling performers create an involving and emotional impact through visceral and ambitious images that stay in the memory.

The show is suitable for audiences of all ages.

Newtons Ladder is an aerial performance and rigging company from Newcastle upon Tyne. Formed in 2010 by Co-Directors Mona McCarthy and Colm Scott-Baird, their work has been described as ‘exhilarating, powerful and emotionally charged’. 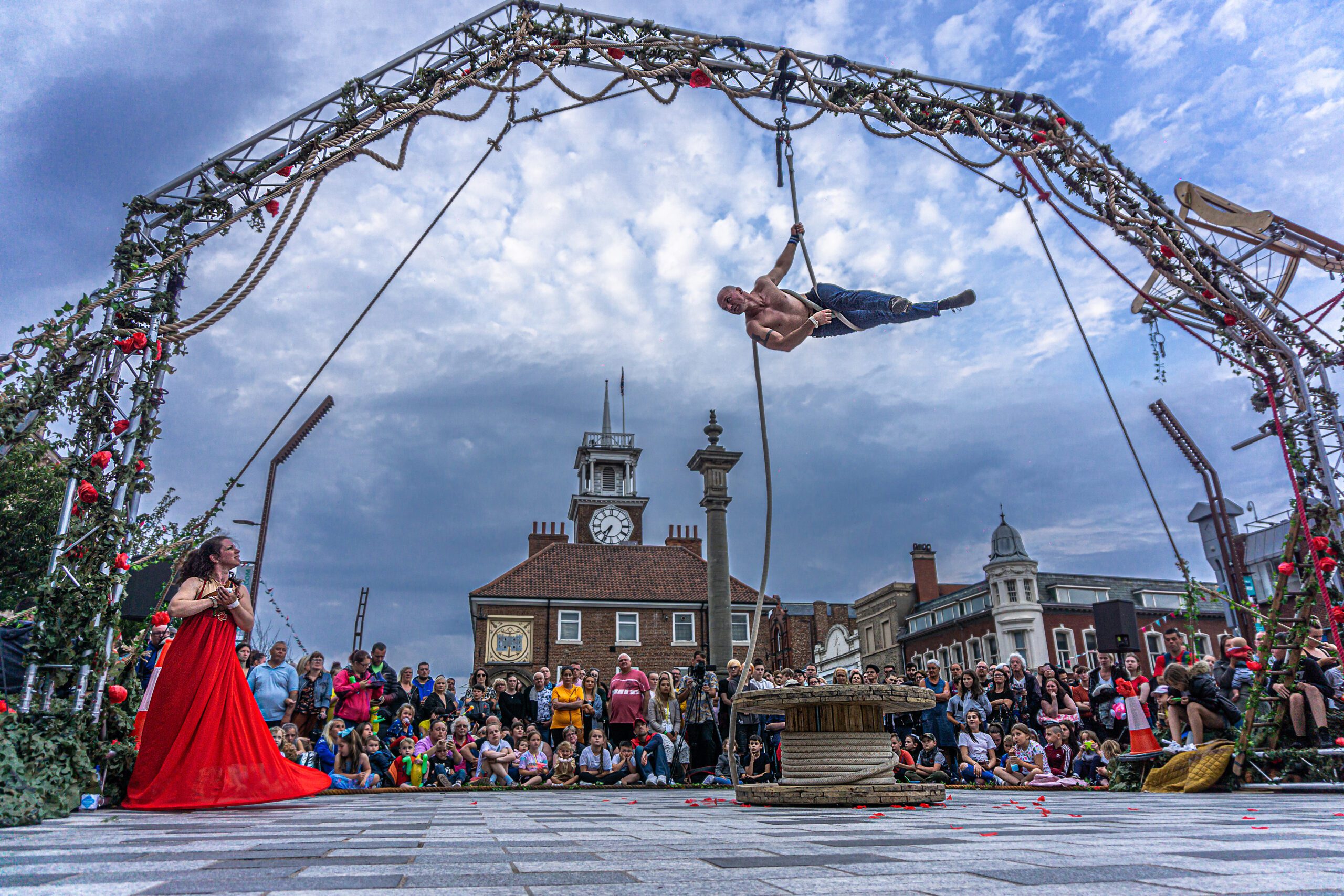 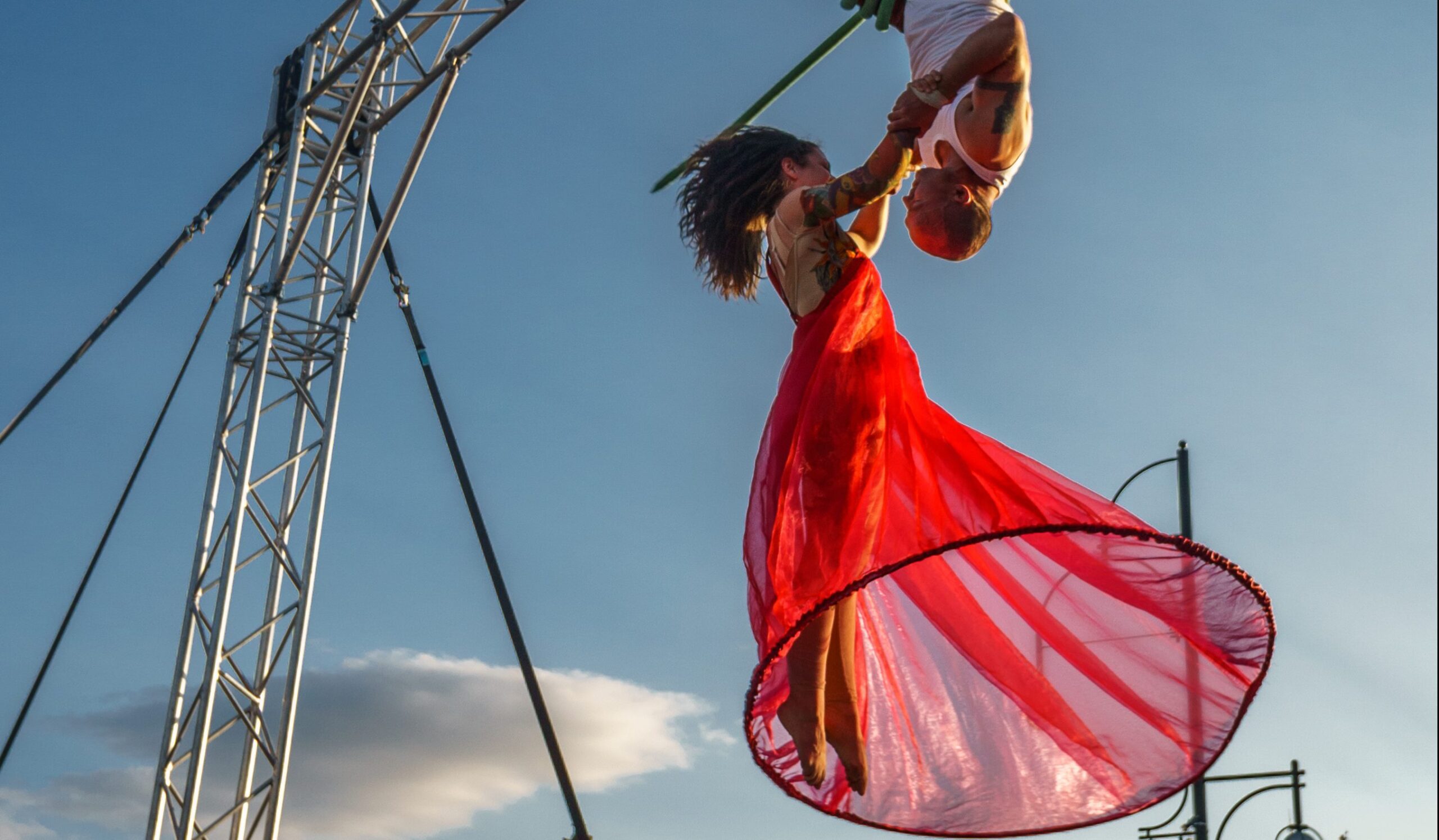 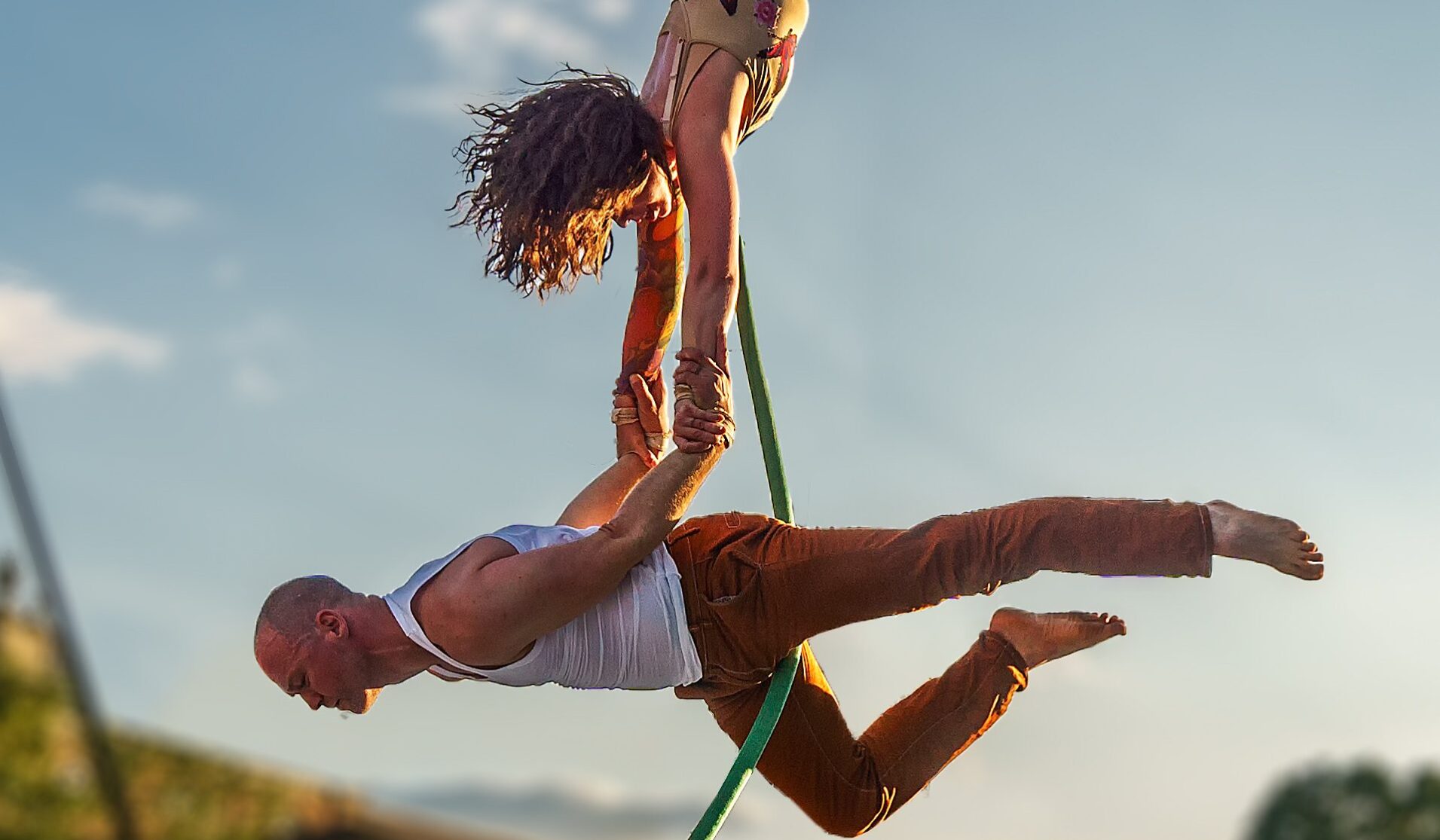 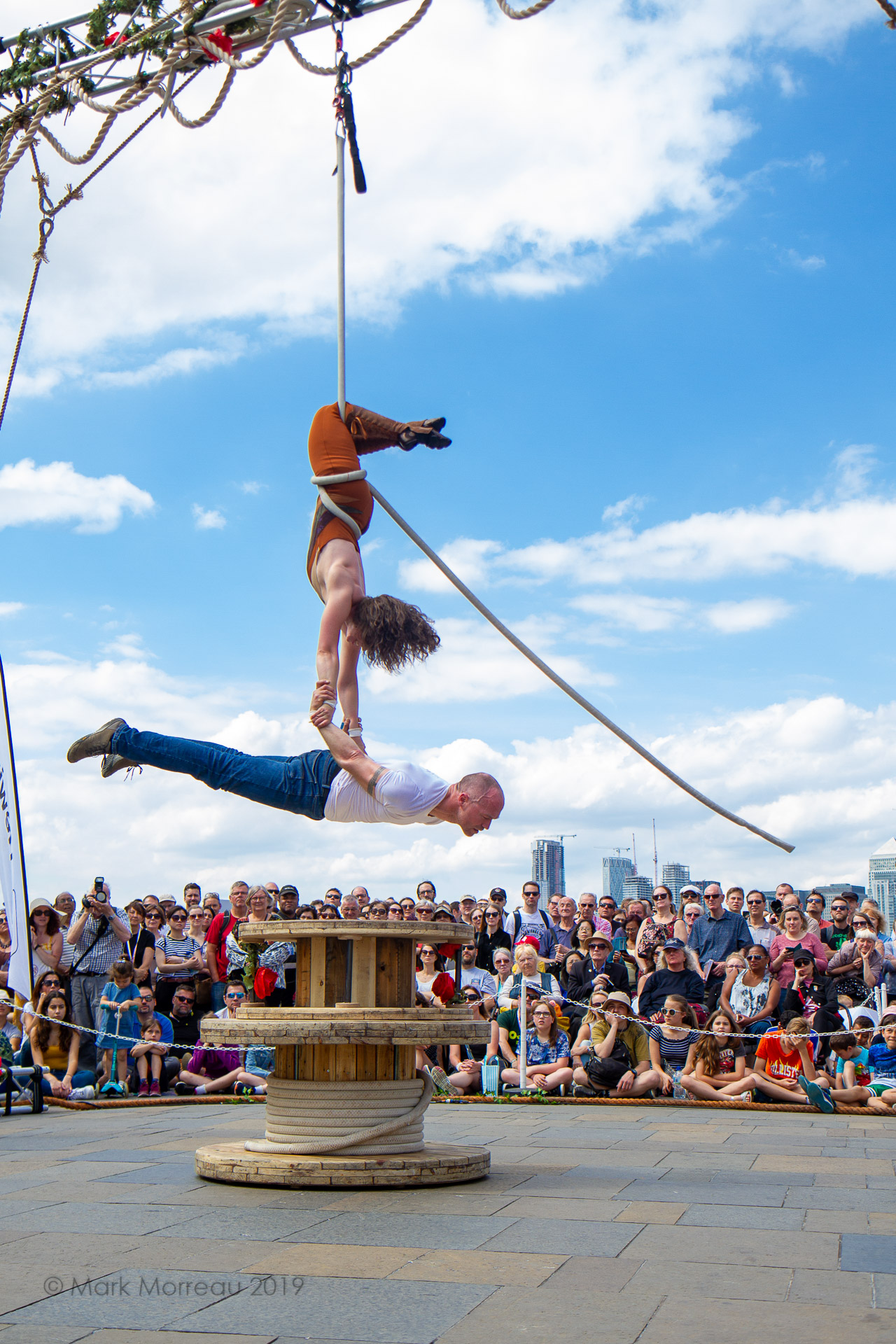 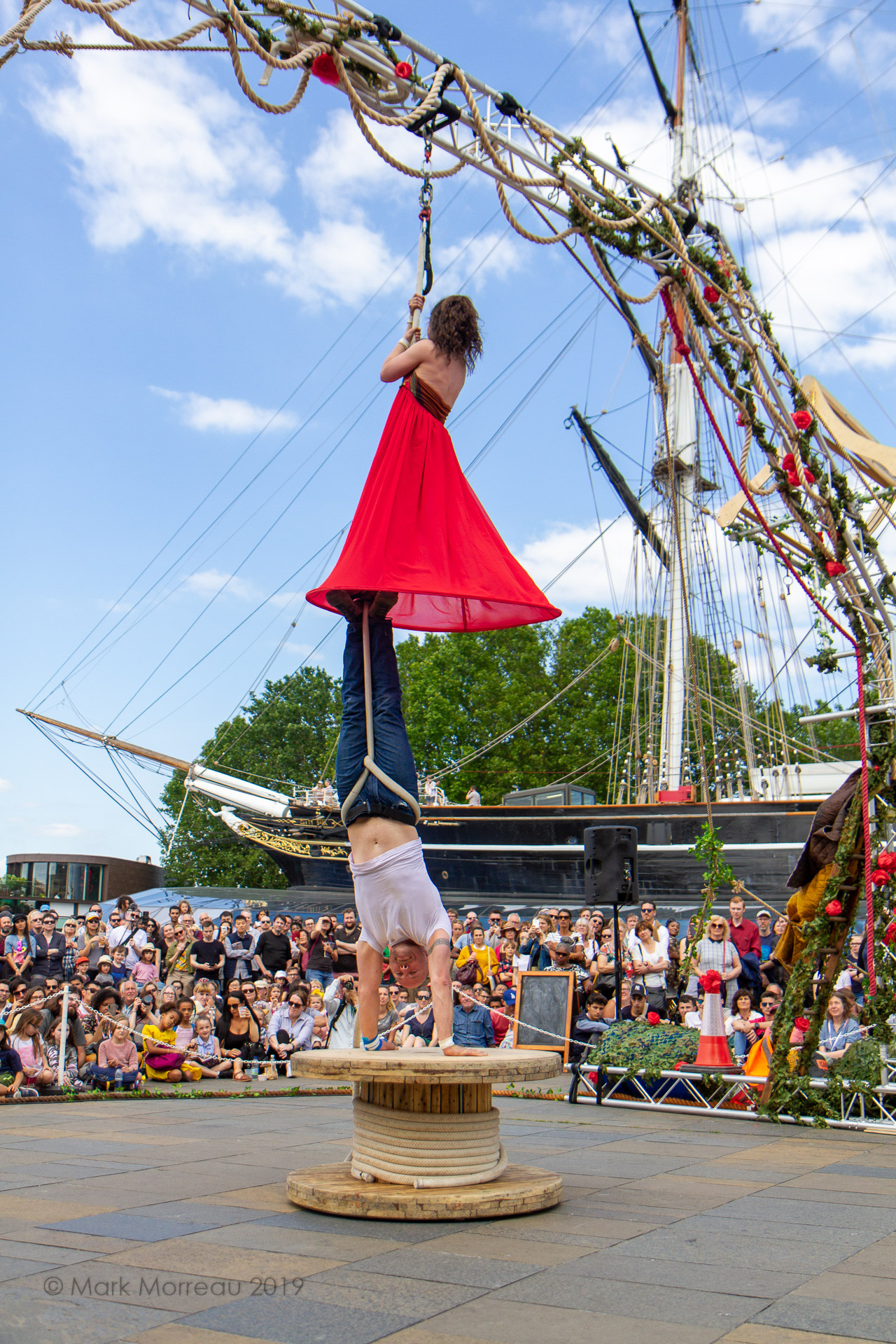 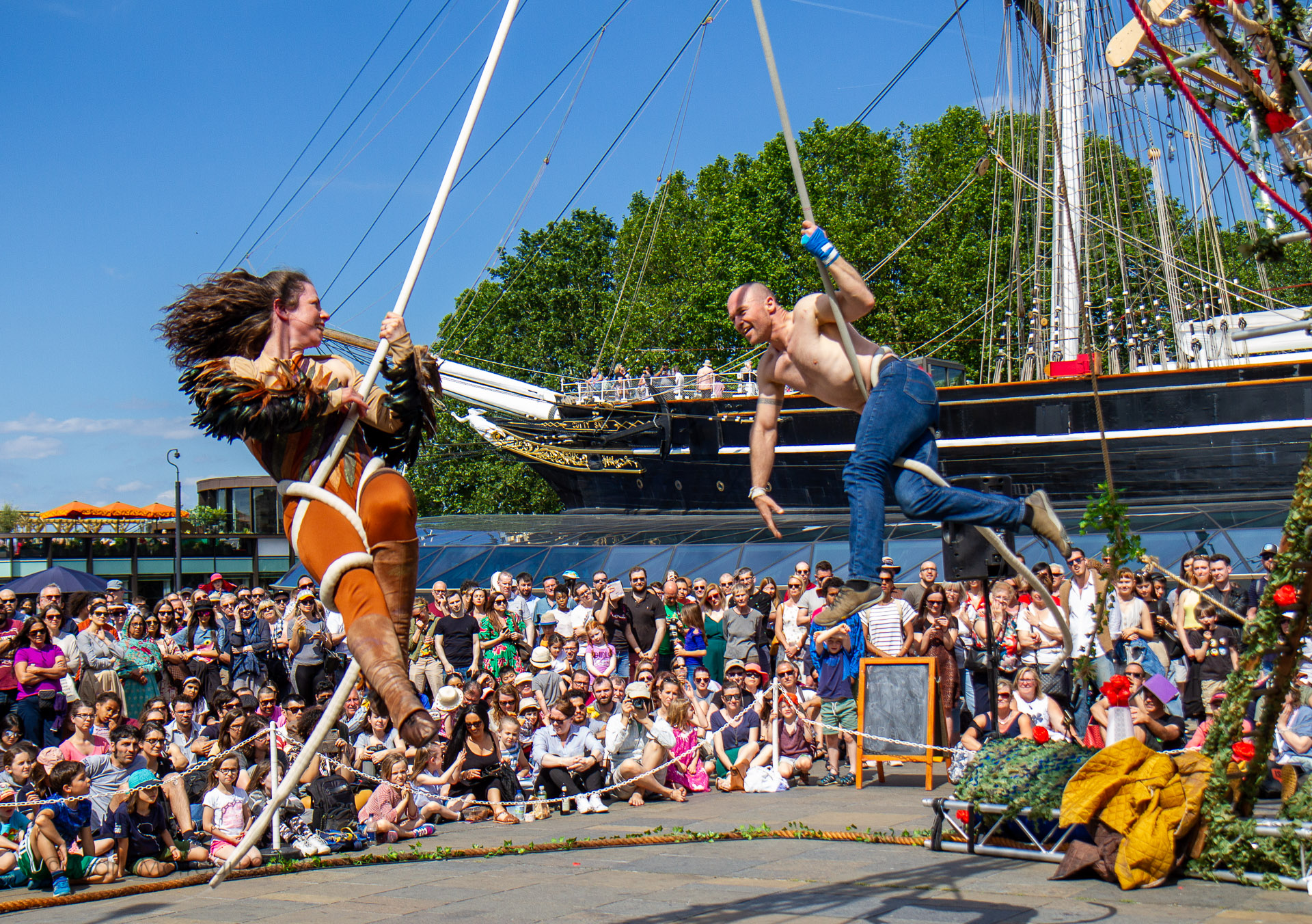 Liv Lorent (MBE) Director: Artistic director of balletLORENT, she creates fantastical, heartfelt and beautiful dance that is inclusive and inviting. “Liv was born to choreograph, every move she creates, every piece of music she selects is handed to the audience like a precious gift” – The Scotsman.

Scott Twynholm: composer and musician from Scotland. He has worked with many dance and theatre companies such as The National Theatre, balletLORENT, Luke Pell, and Citizens Theatre to name a few.

Supported by Without Walls, and commissioned by Stockton International Riverside Festival, Just So Festival and  Salisbury International Arts Festival.