Without Walls TALKS is our new series of provocations, thought pieces, and discussions. It provides a platform for those working in the Outdoor Arts sector to share ideas, provoke and learn from each other’s experiences.

Hat Fair is part of Play to the Crowd– the charity that also runs Theatre Royal Winchester and Playmakers.

Over the years, I have had a fantastic relationship with Without Walls. I knew XTRAX, the management team behind Without Walls, initially as a theatre maker based up in the north of England in Yorkshire and then subsequently when I was based in Doncaster.

I set up a city centre outdoor arts and immersive performance festival called DNweekeND (part of Right Up Our Street, Doncaster’s Creative People and Places programme) and we became part of what was then the Associate Touring Network with Without Walls. This enabled us to bring an extraordinary range of UK outdoor artwork to the centre of Doncaster. It was a fantastic relationship.

When I came to Hat Fair three and a half years ago, I was delighted to become part of the Artistic Directorate of Without Walls. This was a step up in terms of personal commitment but also means you have a seat at the table in terms of the commissioning of work and the overall direction and decision making of Without Walls.

One joy of being part of the Artistic Directorate is the sheer range of national work that is commissioned each year. We individually and collectively support a diverse range of work to tour nationally and internationally. On the streets of Winchester, we have presented circus, dance, clowning, acrobatics, family work, installations: you name it, it has all happened in some shape or form in the past.

"Being part of Without Walls enables us to diversify the range of work that we can showcase at the festival and develop our audiences and our artists."

When staging outdoor arts festivals in city areas is it is not always beautiful heritage sites that we are working with, but spaces like a car park at the back of Winchester bus station. During Hat Fair, we transform this space into one of our headline venues and through our membership of Without Walls, we have staged a hugely diverse range of headline performances here on Friday and Saturday evenings with packed audiences of up to 1200 people. In recent years we have staged work from Stopgap Dance Company and Motionhouse with packed enthralled crowds often set against an early evening beautiful Hampshire dusk skyline.

Being part of Without Walls means you have hands-on artistic contact with artists. I am a theatre maker myself as a writer/director/dramaturg/producer, and it’s important to me to have contact with the artist. I enjoy it; I love being in the rehearsal room; I love supporting the emerging work and finding the best ways to help the artists make the best work they want to make. In recent years I have supported Wild N Beets, Mind the Gap, and other companies create brand new shows for the national and international outdoor arts touring circuit.

"For me, as Director of a festival, it’s a brilliant way to stay in touch with the art and with the rehearsal room and with the making of brand new work and helping artists who may be new to the outdoor art scene find their feet and create work to tour."

Being part of the Without Walls Artistic Directorate is not just promoting British outdoor artists throughout the UK but also on international platforms such as Fira Tarraga in Catalonia and I’ve had the pleasure of representing Without Walls at international festivals to promote touring and exchange of British artists. It’s a fantastic way to open up conversations nationally and internationally and the creative dialogue that occurs because of this.

Without Walls are looking for festivals and arts organisations to join the Without Walls Artistic Directorate (AD), which includes some of the UK’s most regarded outdoor arts specialists.

A key priority for the expansion of the Artistic Directorate is to enrich the work of the Consortium by bringing in more diverse voices and embracing a wider range of influences and cultures. As such, Without Walls will be looking as a priority for expressions of interest from Black and Asian programmers or festival directors as part of this Open Call. 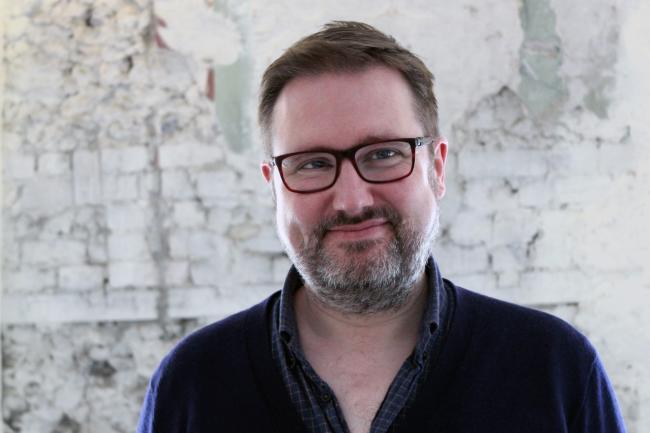 Originally from Belfast, Andrew Loretto is an internationally-experienced director, writer, dramaturg and producer for outdoor, indoor and site-responsive performance and theatre. Most recently Director of Hat Fair, Winchester and Right Up Our Street – Doncaster’s CPP programme, including establishing the DNweekeND festival. Recent directing projects include ‘No Horizon’, ‘Ikebana’, ‘The Great Big Donco’, ‘The Wakefield Mysteries’ as well as Dramaturg for most of Company Chameleon’s main touring shows over the past decade including 2019’s ‘The Shadow’.